A CATEGORY AND MORE RANTING 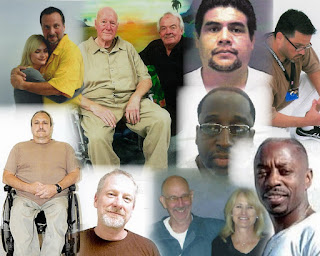 EVERY BILL INTRODUCED TO LEGALIZE MARIJUANA TO SOME DEGREE NEEDS TO HAVE AN AMENDMENT ATTACHED FOR RETROACTIVE SENTENCING REFORM / CLEMENCY FOR THOSE WHO ARE SERVING LIFE SENTENCES FOR MARIJUANA.

WITHOUT THIS AMENDMENT, CANNABIS BUSINESSES WILL NOT HAVE INTEGRITY

A day after the passage of The First Step Act I began to receive the inquiries I dreaded.  They came from media, advocates, prisoners, friends and followers.
The questions are:

1. “Can I interview a nonviolent marijuana offender with a life sentence about how this bill will shorten their sentence and what it means to them.”

2. “How many marijuana people with life sentences will be released because of this bill?”

Prisoners and their friends and family wanted to know if the bill contained any mercy for them – it did not.  The more peripheral friends and acquaintances simply thought the bill must have relief for those serving life for pot.  Even some in Congress were not aware that The First Step Act had no relief for nonviolent marijuana offenders with life sentences.  Unfortunately there is no relief in The First Step Act for those serving life for pot and only 11 pot lifers received clemency from President Obama.  They are the prisoners left behind.

As these nonviolent people wait behind bars they see the constant movement of marijuana legalization – state by state – country by country -  they agonize about what it can mean for their freedom.  The pain is unbearable watching the country that has locked them in cages for decades while gradually coming to the consensus that marijuana is not more dangerous than fentanyl, OxyContin, and cocaine.   The First Step Act did not include sentencing relief for them.

WHAT DOES MARIJUANA LEGALIZATION MEAN FOR THEIR FREEDOM
The answer is nothing.  Even if marijuana is totally legalized federally, their life sentences will still be intact and they will die behind bars.  They will still need legislation for retroactive sentencing relief and/or clemency to be released from federal prison.

Politicians, entertainment stars, venture capitalists and ordinary citizens are investing billions of dollars and making billions. Congressmen are receiving millions in lobbying money to grease the political skids of hoped for legislation that will facilitate Cannabis Business Enterprises.

For people serving life sentences for marijuana it’s painful to watch.  The rest of us should recognize that it is wrong and lacks integrity.  This is why we propose this plea for relief.

Every bill that is introduced to facilitate the emerging cannabis business enterprises must have an amendment attached for retroactive sentencing relief for nonviolent people serving life sentences and de facto life sentences for marijuana offenses.
Posted by beth curtis at 6:46 PM