President Ford's Proclaimation for a White House Clemency Board. 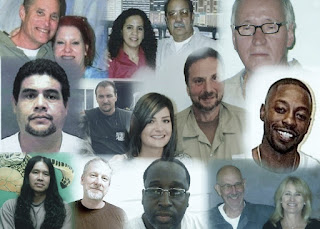 This is President Ford's Proclamation for  a White House Clemency Board.

It was an act of compassion and mercy that resulted in granting over 13,000 Petitions for Clemency.  Neil Eggleston and President Obama did not want to adopt this highly successful model.

By virtue of the authority vested in me as President of the United States by Section 2 of Article II of the Constitution of the United States, and in the interest of the internal management of the Government, it is ordered as follows:
SECTION 1. There is hereby established in the Executive Office of the President a board of 9 members, which shall be known as the Presidential Clemency Board. The members of the Board shall be appointed by the President, who shall also designate its Chairman.
GERALD R. FORD
The White House,
September 16, 1974.

NOTE: The White House announced the appointment of the following persons as members of the Presidential Clemency Board:
DR. RALPH ADAMS, 59, educator, has been president of Troy State University in Troy, Ala., for 10 years. He is a graduate of Birmingham-Southern College with LL.B. and J.D. degrees from the University of Alabama, and a brigadier general, Air National Guard of Alabama.
JAMES P. DOUGOVITA, 28, is a full-time teaching aide of minority students in the department of applied technology, Michigan Technological University. Mr. Dougovita is a veteran and has been awarded the Combat Infantryman Badge, Silver Star, Bronze Star, Purple Heart, and is now a captain in the Michigan National Guard.
ROBERT H. FINCH, 51, is a lawyer and partner in the firm of McKenna, Fitting & Finch in Los Angeles, Calif. He was formerly Secretary of Health, Education, and Welfare and Counsellor to President Nixon.
CHARLES E. GOODELL, 48-Chairman-is a former Senator from New York who is currently in the private practice of law. He was a Ford Foundation Fellow at Yale and was a graduate of Williams College.
REV. THEODORE M. HESBURGH, 57, is president, University of Notre Dame, and holds honorary degrees from numerous colleges and universities. He is a permanent Vatican delegate. He has served as Chairman of the U.S. Commission on Civil Rights and as a member of the Committee on an All-Volunteer Armed Force.
VERNON E. JORDAN, 39, is executive director of the National Urban League, an organization concerned with the advancement of the minority groups. Mr. Jordan is a lawyer by profession and served previously as the executive director of the United Negro College Fund, director of the voter education project, Southern Regional Council, and as Attorney-Consultant in the U.S. Office of Economic Opportunity.
JAMES MAVE, 31, is executive director of Paralyzed Veterans of America in Washington, D.C. He is a graduate of Bridgewater College, Bridgewater, Va., and received his master's degree from Virginia Commonwealth University.
AIDA CASANAS O'CONNOR, 52, is a woman lawyer with a master of laws degree from George Washington University, Washington, D.C. She is a member of the Bar of the State of New York, the Supreme Court of Puerto Rico, U.S. District Court of Puerto Rico, and the Supreme Court of the United States. Presently she is assistant counsel to the New York State division of housing and community renewal in New York City.
GEN. LEWIS W. WALT, USMC (Ret.), 61, retired after 34 years in the Marine Corps and is a veteran of the Second World War, the Korean and Vietnamese wars. He was an Assistant Commandant of the Marine Corps. He has received the Navy Cross, Silver Star, Legion of Merit, Bronze Star, the Purple Heart, and numerous other military decorations.

Citation: Gerald R. Ford: "Executive Order 11803—Establishing a Clemency Board to Review Certain Convictions of Persons Under Section 12 or 6 (j) of the Military Selective Service Act and Certain Discharges Issued Because of, and Certain Convictions for, Violations of Article 85, 86, or 87 of the Uniform Code of Military Justice and to Make Recommendations for Executive Clemency with Respect Thereto," September 16, 1974. Online by Gerhard Peters and John T. Woolley, The American Presidency Project. http://www.presidency.ucsb.edu/ws/?pid=23895.

Posted by beth curtis at 5:15 PM No comments:

A DISCUSSION OF MERCY AND COMPASSION 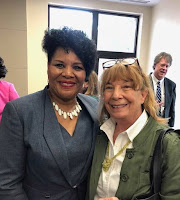 THERE ARE THOUSANDS OF ALICE JOHNSON'S

It is more apparent now than ever before that today’s cannabis business enterprise is yesterday’s marijuana conspiracy.  Marijuana prohibition is a big government program.

I’m writing to ask you to support our effort to secure clemency and retroactive sentencing relief for nonviolent marijuana offenders serving sentences of life without parole and other egregiously long sentences for cannabis.  The current climate of legalization has made these sentences an Eighth Amendment issue.  It can be said that this sentencing fosters disrespect for the criminal justice system.

For the past ten years, Life for Pot has been advocating for sentencing relief/clemency for nonviolent marijuana offenders.  Tangentially, this would also include removing marijuana from the CSA Schedule.

Over the years, we have encouraged criminal justice reform groups to carve out marijuana sentencing as a category that needs individual emphasis.  There has been very little interest in this category, although many do break out juveniles, women, minorities and crack cocaine.
The reason for this hesitance is not clear to me but the discussion always seems to gravitate to a discussion about inclusiveness and a perception that a carve out for marijuana offenders would imply that they were more “worthy” of consideration than other people serving egregious sentences for all drugs and nonviolent people charged with a violent offense on the worst day of their lives.

We see this carve out as comparable to categories for women, minorities, juveniles, crack offenders.  We also believe that if we cannot find mercy and compassion for nonviolent marijuana offenders we have very little hope that there will be a shift toward redemption for all.

In the current climate of legalization, Please consider marijuana sentencing reform as a category for advocacy.   The impact of marijuana prohibition and its huge influence on egregious prosecution and incarceration needs attention. It may in fact be the single most influential policy in introducing youth and disadvantaged communities to the criminal justice system.

In 2017, there were 659,700 arrests for marijuana offenses.  They were not all prosecuted, but the intersection with the criminal justice system and the arrest record, begins the long journey.  No doubt, many of these arrests are disadvantaged

youth and young adults.  In many cases these individuals are low hanging fruit for law enforcement statistics.

Additionally we would address the fact that there are nonviolent people serving sentences of life without parole for a product that is now a billion dollar industry.  These individuals serving life sentences will not receive sentencing relief through the First Step Act as they were charged with conspiracy and were sentenced without plea agreements or substantial assistance.  These nonviolent people will not receive sentencing relief from the First Step Act.  They need Presidential Commutations.

Posted by beth curtis at 4:44 PM No comments: