Letter to President Obama: Since January of 2008, this nationally recognized blog has been dedicated to following the very latest news regarding presidential pardons and the pardon power (or clemency powers) as exercised in each state. Reader comments are certainly welcomed but a premium will be placed on civility, relevance and originality. Please refrain from extended copying and pasting.
Posted by beth curtis at 3:09 PM No comments: Links to this post

The Times: Ready for Blanket Clemency

P.S Ruckman at Pardon Power puts it in Perspective

The Times: Ready for Blanket Clemency: Since January of 2008, this nationally recognized blog has been dedicated to following the very latest news regarding presidential pardons and the pardon power (or clemency powers) as exercised in each state. Reader comments are certainly welcomed but a premium will be placed on civility, relevance and originality. Please refrain from extended copying and pasting.
Posted by beth curtis at 3:02 PM No comments: Links to this post


The measure of mercy and compassion will not just be measured by the number of commutations granted, but also by the number and nature of those left behind.

“The criminal code of every country partakes so much of necessary severity, that without an easy access to exceptions in favor of unfortunate guilt, justice would wear a countenance too sanguinary and cruel“Humanity and good policy conspire to dictate, that the benign prerogative of pardoning should be as little as possible fettered or embarrassed.”
On these accounts, one man appears to be a more eligible dispenser of the mercy of government, than a body of men.
Case for Clemency for a Category of Offenders

Life without parole for nonviolent offenders is a sentence that is out of sync with the European Community, human rights organizations and most countries governed by the rule of law.  We lose our status as a fair and just society when we continue to be an outlier in this particularly harsh form of punishment.  It is indeed a sentence of walking death that coarsens our culture in multiple ways.
A category clemency for these offenders should be on the table and when the announcement of a project to greatly expand the use of clemency was made, many believed there was hope to correct this egregious length of punishment for thousands serving life without parole or de facto life sentences.

Categories within this Category

These suggested categories are for nonviolent marijuana offenders and those serving disparate sentences for crack cocaine.  The current process needs consistency and this suggestion would remediate the overly aggressive sentences that have been given to these two groups as a result of the aggressive war on drugs.
Most all of these sentences were given to those who were charged with conspiracy and exercised their sixth amendment right to trial.  In the last 15 years “the fundaments of law, society and governance have changed extraordinarily.  These LWOP sentences have become irreconcilable without a present sense of basic fairness and justice, because of the sea change in attitudes toward life sentences without parole.
A Singular Category – Nonviolent Marijuana Offenders

There has also been a sea change in societal beliefs about the benefits of marijuana and its potential for harm.”
“Looked at through the present prism of the historic rise in prison populations the unaffordable, burgeoning costs of LWOP sentences; the disproportionality of sentencing for drugs; the growing public sense that the drug wars have been a public policy disaster; and, among the majority of Americans, a sense of the relative harmlessness of marijuana, these LWOP sentences are legally and factually unjustifiable.

Clemency is the only solution to what has become an abiding injustice.”
When Eric Holder talked about 10,000 Commutations,  the suggestion that our sentences are harsh, lack forgiveness and mercy and do not fit the crime was not a new concept.  Careful observers of our criminal justice system had been chattering about this fact for 20 years.
Justice Kennedy Speaks Out: ABA Association, Aug. 3, 2003
We hope that both the members of Congress and the Bush administration were paying attention last weekend when Supreme Court Justice Anthony Kennedy, a tough-on-crime Reagan appointee, decried harsh and inflexible sentencing policies. Justice Kennedy was speaking for legal experts from across the political spectrum when he said the current rules misspent America's criminal justice resources by locking up people for irrationally long amounts of time.
Mark Mauer, Rayan King, & Malcolm Young,   The Meaning of Life 2004
Mark Osler & Rachel Barkow Restructuring Clemency: The Cost of Ignoring Clemency
A Plan for Renewal 10, 2014

After Attorney General Holders announcement, many advocates for these unfortunate citizens serving these egregiously long sentences began to ramp up their support for the inmates who now had hope for a second chance for freedom.  These people who now had hope were the nonviolent drug offenders who were sentenced to assure that they would die in Federal Prison hand cuffed to a hospital bed.  Their families were energized by this promise of clemency and reached out to social media, print media, criminal reform advocacy groups, criminal defense attorneys and the political establishment.

The recent letter sent to President Obama signed by a coalition of advocates asking for expedited clemency for groups suggests categories to be considered.  This is a category that could be easily supported. John Legend letter to President Obama in Rolling Stones asks for category clemency.  At the Justice Roundtable, Nkechi Taifa has written about The Fierce Urgency of Now to describe the need for category commutations.
The measure of mercy and compassion will not just be measured by the number of commutations granted, but also by the number and nature of those left behind. 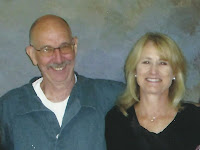 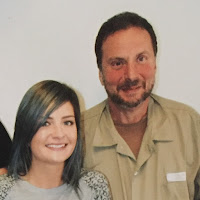 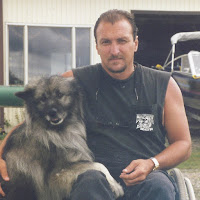 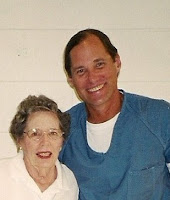