Clemency Is Not Enough: Thousands Still Imprisoned For Nonviolent Marijuana Crimes: About 44 percent of federal marijuana inmates had no or very minimal criminal histories prior to their conviction, and over a third are over the age of 40.
Posted by beth curtis at 8:28 PM No comments: Links to this post 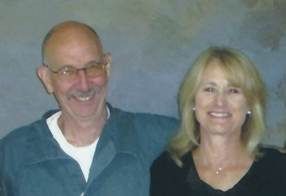 When John was found guilty and sentenced to Life without Parole for marijuana, my sister and I left the court room with our 87 year old mother, Bijou.  Bijou would never see her youngest child free again.  She was slumped over, wearing sun glasses so no one would see her cry.  She was proud, brave and bewildered about the harshness of the sentence that her youngest child had received.

John Knock
Posted by beth curtis at 7:12 PM No comments: Links to this post

U.S. Pardon Attorney: Does It Even Matter?

U.S. Pardon Attorney: Does It Even Matter?

As President Obama goes on the hunt for a new U.S. Pardon Attorney (something he should have done at the beginning of his presidency -instead of simply retaining Ronald L. Rodgers, George W. Bush's appointee), many wonder what impact the abrupt resignation of DeborahLeff will have on the already lame clemency record of this administration.  more

Posted by beth curtis at 2:57 PM No comments: Links to this post

Just saw this on P.S. Ruckman's Blog Pardon Power.
It's a shock


The Associated Press reports that Deborah Leff, the U.S. Pardon Attorney, is resigning "at the end of the month after less than two years on the job."  more
Posted by beth curtis at 7:56 PM No comments: Links to this post

Osler: On Hope, Change and Self-Congratulations

Osler: On Hope, Change and Self-Congratulations
Posted by beth curtis at 7:31 PM No comments: Links to this post

OPA Calls for 16 Attorney Advisors
Great News - We hope it means Thousands of Commutations are coming as promised.
Posted by beth curtis at 7:23 PM 2 comments: Links to this post

Email ThisBlogThis!Share to TwitterShare to FacebookShare to Pinterest
http://democracyjournal.org/magazine/39/a-20-year-maximum-for-prison-sentences/

Clarence Aaron was a 23-year-old college student from Mobile, Alabama, with no criminal record. In 1992, he introduced a classmate whose brother was a drug supplier to a cocaine dealer he knew from high school. He was subsequently present for the sale of nine kilograms of cocaine and was paid $1,500 by the dealer. After police arrested the group, the others testified against Aaron, describing him as a major dealer, which led to his being sentenced to three terms of life imprisonment.
Unfortunately, in the era of harsh mandatory sentencing laws, stories such as Aaron’s are all too familiar. The injustice against Aaron was eventually recognized and, in 2013, after 20 years in prison, he became one of a relative handful of federal prisoners to receive a sentence commutation from President Obama. Cases such as his have fueled momentum for criminal justice reform in recent years, with major presidential candidates in both parties calling for a substantial reduction in our prison population, due to a U.S. rate of incarceration that’s five to ten times that of other industrialized nations. A growing consensus has developed around the idea that the “war on drugs” has relied far too heavily on excessive punishments, and that treatment interventions for substance abusers are both more effective and compassionate than long-term imprisonment.
Posted by beth curtis at 6:44 PM No comments: Links to this post

John is a 68 year old nonviolent marijuana offender who received two life terms plus twenty for a marijuana offense.  He is a first time offender.  John has been incarcerated for a few months short of 20 years,  He has petitioned President Obama for a Commutation of his sentence to time served.

The incarceration of nonviolent marijuana offenders for life is a waste of  taxpayer money and is not compatible with civil liberties.

Nonviolent marijuana offender who are serving sentences of life without parole and have served 10 years could receive commutations  without endangering the safety of any community they are returned to.

Releasing these nonviolent marijuana offenders would save tens of millions of dollars and would help restore faith in the criminal justice system.  It is obvious that these are sentences that do not fit the crime.

Most all of the nonviolent marijuana offenders who received these sentences were charged with conspiracy and elected to exercise their Sixth Amendment Right to trial.  This is how these sentences are given.
Posted by beth curtis at 9:37 AM No comments: Links to this post