Pivot Back to Clemency - Fulfill the Promise of Mercy and Compassion

When Good News may be Very Bad 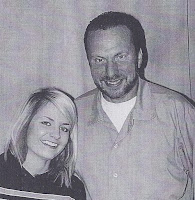 Craig is a first time nonviolent marijuana offender who received a sentence of Life without Parole in the 11th Circuit, Northern District of Florida.  Craig has been incarcerated for 14 years and is 57 years old.

A little over a year ago Craig filed a petition for Presidential Clemency.  As part  of the process to receive  clemency, the Office of the Pardon Attorney must send a copy of his petition to his prosecutor and his judge.  Under Eleventh Circuit law, Craig is not actually eligible for drugs minus two reduction because his computed guideline offense level was beyond the  pot limit of the chart.

One of the main reasons for granting  clemency is that there is no other option for sentencing relief as the patitioner does not qualify for sentencing relief from legislation that has passed or legislation that is pending.  Craig clearly did not qualify, but did fit into the category for clemency with a hopeless sentence of life without parole for a nonviolent marijuana offense  - He was charged with conspiracy and chose to exercise his Sixth Amendment right to trial.

It appears that the Pardon Attorney sent Craig's clemency petition to the AUSA in the Northern District of Georgia for comment prior to granting clemency.  Apparently, the AUSA made the request to the judge as Craig did not make the request for sentencing reduction.  Additionally,  in the 11th Circuit Craig would not be eligible for a reduction in sentence based on drugs minus two.  If Craig does not take this he is not allowed to petition for relief under drugs minus two again even when the 11th Circuit adopts the sentencing chart of other Circuits.

Craig now may be denied clemency because he was granted sentencing relief through drugs minus two, but Craig is a diabetic and reducing his life sentence to 30 years will give him a release date when he is 74 years of age.  This is beyond his life span.  Thus - Craig will be a statistic - An inmate who was granted a sentencing reduction through sentencing reform legislation, but still will most likely be incarcerated till death.

This was all done in an irregular and not at the request of Craig.  This is a sentence that does not fit the crime for a first time nonviolent marijuana offender.

Posted by beth curtis at 7:32 PM 6 comments: Links to this post

Interesting and Cleaver Commentary on
P S Ruckman's Pardon Power Blog
Toobin on Hearst: The Train Wreck Continues
Posted by beth curtis at 5:19 PM No comments: Links to this post

Mass Jailbreak, My Eye!
Posted by beth curtis at 8:18 PM No comments: Links to this post


P S Ruckman Responds to Bob Goodlatte about the Presidents Clemency Power Always to the Point
Goodlatte. Clueless Critic Extraordinaire.
Posted by beth curtis at 9:18 PM No comments: Links to this post

President Obama Talks About the Pardon Power
Posted by beth curtis at 8:08 PM No comments: Links to this post

US News article about Clemency Commutation and Pardon
by Steven Nelson on the Pardon Power Site
Former Pardon Attorney on Obama's Clemency Record
Posted by beth curtis at 8:06 PM No comments: Links to this post